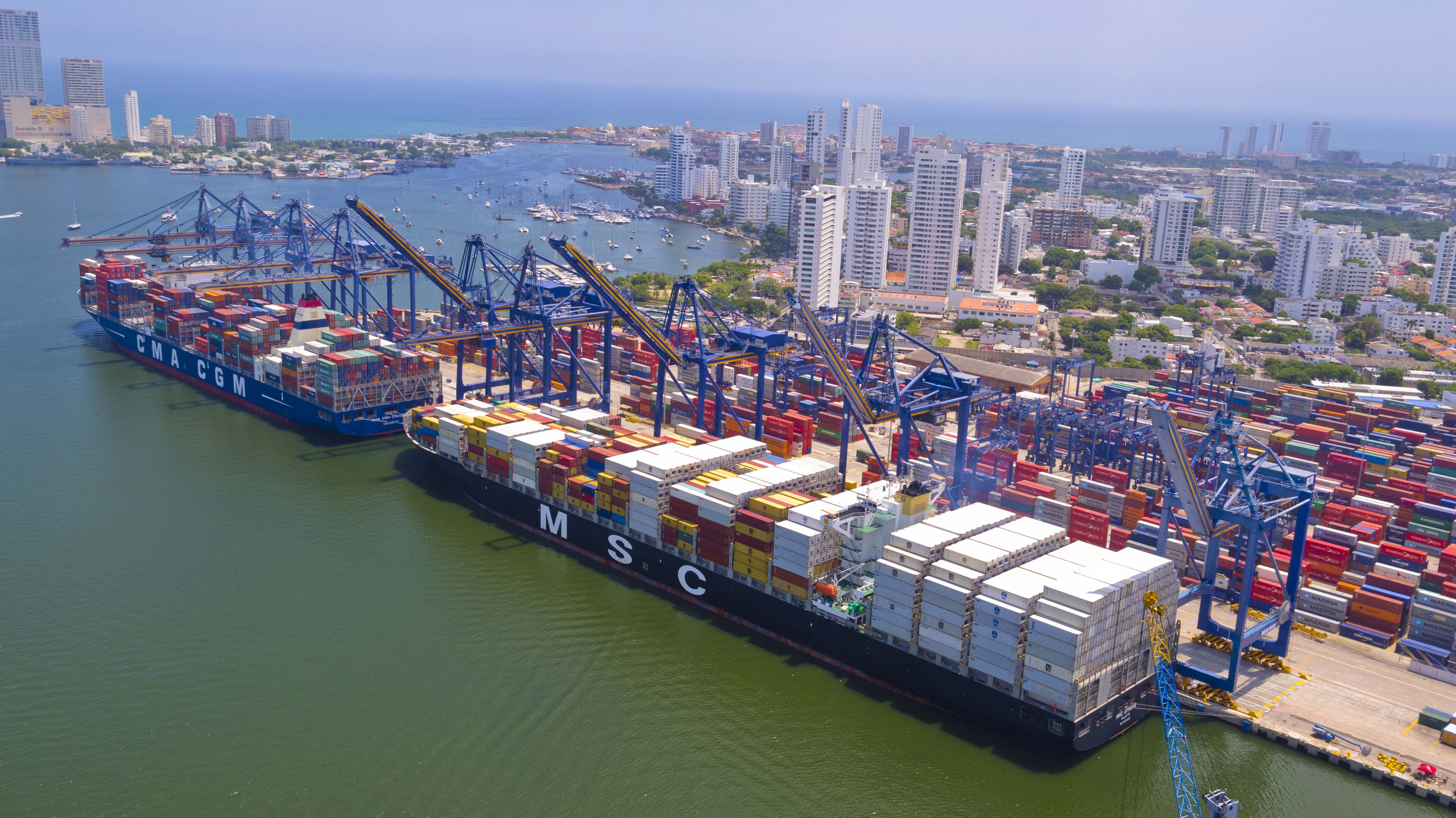 Multinational companies are scrutinizing their global supply chains and shipping routes to max out on speed and efficiency. Sometimes, the solution lies in the road less traveled, the hidden gem of a logistics and distribution hub that wins with its strategic location and good connections.

Port of Cartagena: anything from cosmetics to cars

Increasingly, consumer goods – anything from cosmetics, shampoo, chocolates and canned food to sportswear, cars, automotive parts and washing machines – are finding their way in and out of Cartagena in Colombia. But what’s the lure of Cartagena?

“Cartagena’s Bay has been the commercial gateway to America for almost 500 years,” notes the Port of Cartagena on its website. “During the colonial era, the Spaniards considered this bay to be the perfect spot to establish their principal port, due to its strategic location and its exceptional natural conditions. During this period of time, a constant flow of merchandise would usually pass through the bay, all the way from South America to the Caribbean and Europe. Today, these same characteristics represent enormous comparative advantages for maritime operations, and enable the bay to continue to play a vital role in the global trade.”

Get an impression of the Port of Cartagena in this video:

The Port of Cartagena had the fourth highest throughput of all container gateways in Latin America and the Caribbean for 2018, according to figures released in April by the UN’s Economic Commission for Latin America and the Caribbean. The port handled 2.9 million TEU in 2018, 6.9% more than in 2017. Only Colon (Panama), Santos (Brazil) and Manzanillo (Mexico) handled more containers. Panama’s Pacific complex came in fifth, but its throughput fell by 15.6%.

Last year, Panalpina moved its Less than Container Load (LCL) operations in the region from Panama to Cartagena. In doing so, Panalpina became the first freight forwarder and NVOCC (Non-Vessel Operating Common Carrier) to use Cartagena for Central and South American LCL cargoes. “Having shifted operations from Panama to Cartagena, we are able to give our customers the benefits of shorter transit times, better service and lower costs,” says Cleber Oliveira, Panalpina’s regional Ocean Freight LCL manager, Latin America. “All operations are carried out inside the port in the free trade zone, which means that there is no need to transport the inbound cargo somewhere else to consolidate and deliver the containers back. Compared to a set-up where consolidation has to happen elsewhere in Central America or outside the port, we can offer better and more efficient services in Cartagena.”

At the Cartagena LCL hub, Panalpina consolidates multiple consignments from multiple customers or their suppliers in one Full Container Load (FCL). The customers, mostly from the consumer and retail as well as fashion industries, can ship low volumes without having the cost commitments of a full container. Hence, LCL gives customers with lower-volume shipments access to the economies of scale in ocean freight that are normally restricted to full container movements.

Other benefits of Panalpina’s LCL offering, which can be combined with multimodal transport, including air and road freight, are more flexibility and reliability, resulting in improved supply chains. In Cartagena, Panalpina now provides the highest number of direct LCL services on the market, with direct sailings from Cartagena to the Central and Caribbean islands such as Jamaica, Trinidad and Tobago, and Curacao (some services of competitors go via Panama with a transit time of three to four times higher). These direct LCL services connect Latin America and the Caribbean to the world and back via other regional hubs and gateways such as Busan, New York, Rotterdam, Antwerp and Hamburg. Panalpina currently offers 20 outbound and 21 inbound weekly consolidated services via Cartagena. Southampton (UK) and Istanbul (Turkey) were the last services to be added on the inbound, Guayaquil (Ecuador), Callao (Peru) and Valparaiso (Chile) the last services on the outbound.

All of the company’s more than 540 LCL services are easily viewed in Panalpina’s LCL sailing schedule.